Digital voting represents a great social and technological challenge. An official binding vote with standard requirements should at least be able to:

Vocdoni defines an open architecture and the protocols to empower large communities to exercise full democracy with the aforementioned guarantees.

A functional implementation of Vocdoni, at the protocol layer, relies on a set of Decentralized services: A public Ethereum blockchain, Gateways, a Census Service, Voting Blockchain Miners, Oracles, and decentralized storage systems

To provide resilience and avoid any kind of censorship, the network architecture should accomplish the following requirements:

The client layer interfaces with the Gateway API, Ethereum Smart Contracts, and decentralized storage to manage organizations, create & publish census, and host voting processes. Vocdoni provides a permissionless client layer with a csv- or ethereum token-based census mechanism, but other user census (such as a private user registry DB) could be used on top of the voting protocol.

A voting process makes use of the following components: 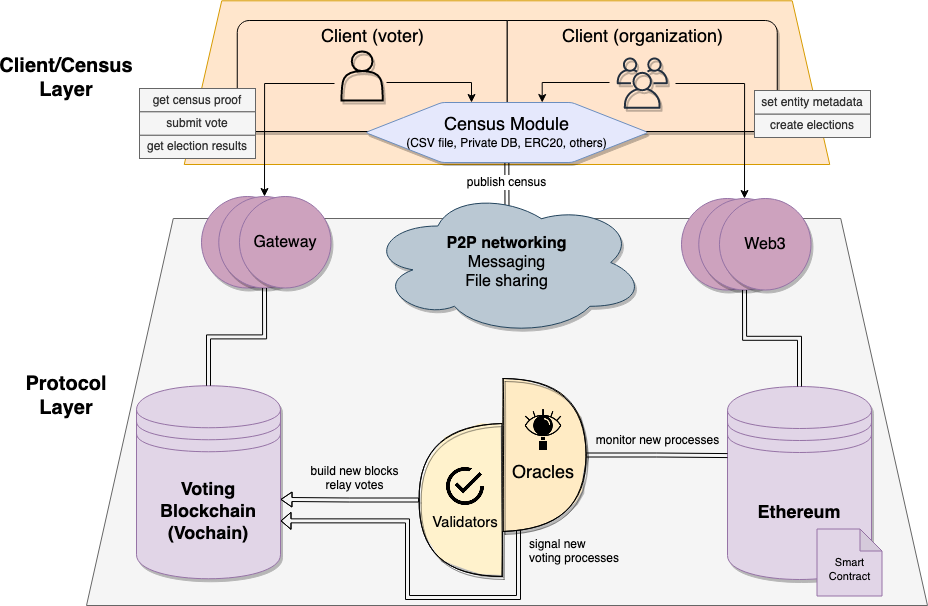